Signature Rail solutions are in operational use with railways across the globe. We can provide both individual modules or fully integrated enterprise solutions which, combined with our wealth of rail knowledge and expertise, can positively trans-form and support your business goals.

Our systems manage all aspects of timetable planning, operations, employee schedules, complex pay rules, and short-term disruptions; and automates many frequently per-formed tasks, allowing users to complete their work more efficiently and to a higher quality standard. Our modules provide perfect solutions to your operational challenges backed up with excellent customer support.

Signature Rail is a global provider of Enterprise Rail Solutions.

1990
Comreco Rail is born
Starting with the rewrite of a mainframe system which could run on a microcomputer, RailPlan begins to be used by Railway Operations Consultancies as a tool to support the design of signalling.
April 1994
British Rail to Railtrack
In April 1994, British Rail was split and created the privately owned Infrastructure Provider, Railtrack. In addition, 25 Train Operating companies, 3 Rolling Stock Leasing companies, and a number of other companies were also formed. For the railways across Europe, there is a need to be able to manage the creation of timetables across company boundaries. In the UK timetables are to be developed between Railtrack and the Train Operating Companies, creating a need for a timetabling systems able to support the new process.
1994
First version of TrainPlan
ComrecoRail produce the first version of TrainPlan to support Timetable planning, and within 6 months TrainPlan has its first customer.
1995
TrainPlan chosen by Railtrack
TrainPlan is chosen by Railtrack as the timetabling system to support their side of the Bid/Offer process.
1998
Vossloh group
ComrecoRail, is sold to the German Vossloh group, immediately making it part of a major company listed on the Frankfurt Stock Exchange.
2000
TrainPlan & RailPlan
By the turn of the millennium, TrainPlan and RailPlan were being used by railway companies or consultancies on every continent except one – Antarctica. We had become, and remain a global player.
2007
Vossloh & Funkwerk
Vossloh sold its stake in the company to Funkwerk, another German company active in the Railway and Transport information sector.
2013
Funkwerk becomes Trapeze Group Rail
Funkwerk becomes Trapeze Group Rail after acquisition by Volaris Group, a multinational based in Canada, and traded on the Toronto Stock Exchange.
2018
Trapeze Group Rail rebrand as Signature Rail
Trapeze Group Rail rebrand as Signature Rail to ensure a laser focus on our Rail customers and their needs. Decision Science is now key to what we do, and the TrainPlan and RailPlan solutions are now part of a complete Enterprise Rail suite that includes Power Modelling, Rostering, and On-the-Day management of Stock and Crew. Throughout our history the company has been keen to integrate technical and railway professional expertise in the development of its products, and this will continue into the future.
2020
Signature Rail forms part of Modaxo 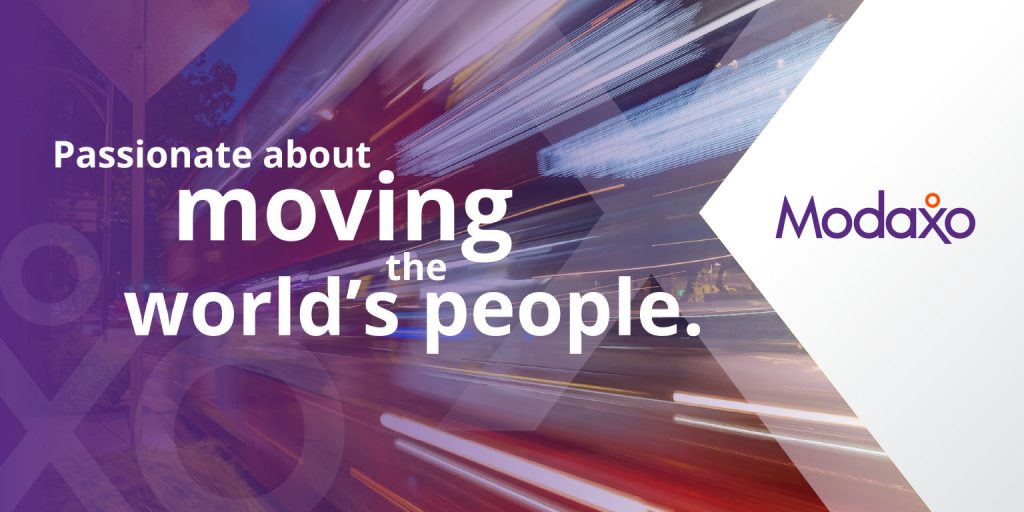 Modaxo is a new, dedicated global organisation bringing together businesses from across Volaris Group that collectively focus on advancing new technologies and innovations for People Transportation.

With more than two dozen companies (Signature Rail being one of them), representing 12 brands, Modaxo comprises 2,000 people, operating from 35 offices in 21 countries around the world.

Visit Modaxo.com to find out more.

If you are interested in our Graduate Scheme or a career with Signature Rail, we would like to hear from you! Please email us at careers@signaturerail.com

Please complete the form below and one of our team will be in touch.